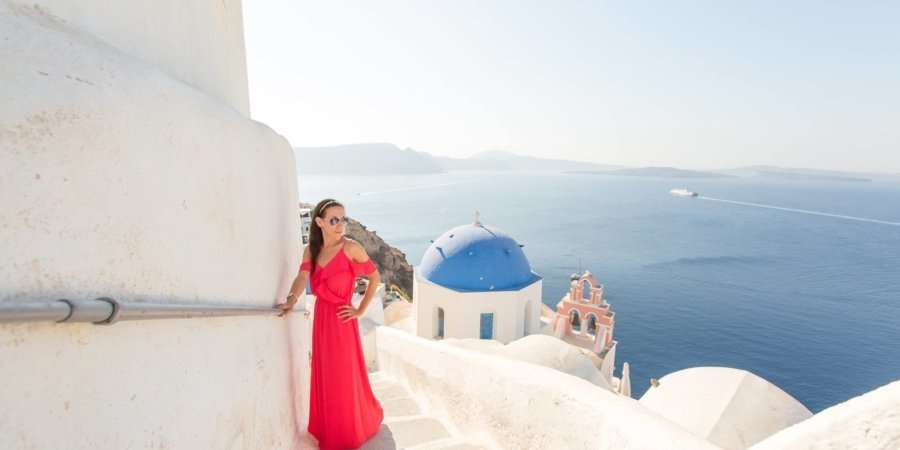 Sometimes we have to look back on the past to appreciate the present – and to prepare for the future. With that said, what better way to kick off a new year of travel blogging than by looking back at the previous one?

Here’s a glimpse into my 2017 and how I finally got the kick in the rear I needed to start this blog.

Although I was officially bitten by the travel bug back in 2016 during a trip to Key West, it was more of a nibble than a bite, really.

I felt more like a victim of circumstance than anything, and at that point I didn’t think travel was something I had any real control over. I just sort of assumed I was destined to live with itchy feet for the rest of my working life, obsessing over “unlimited” vacation days that felt more like a test than a reward.

At that point, I reckoned it was just a matter of personal strength and fortitude, as I visualized myself ticking away another 30+ miserable years at a desk job with Positano screen savers as my only means of escape.

Turns out I was wrong.

But I’m getting ahead of myself. Let’s start at the beginning of what was one of the most formative years of my life: 2017.

A Rocky Start to a Life-Changing Year

The first half of 2017 was pretty much sheer madness for me. I was floundering through a wedding planning whirlwind, hemorrhaging money, and reaching the end of my rope with a soul-sucking desk job.

My only saving grace throughout it all was fantasizing about my honeymoon to Greece, the main reason I saw fit to get married as opposed to elope (which should have been a sign right there that this travel thing was a much bigger force than I realized).

In any case, I was able to pull off the dream trip with the help of a honeymoon registry, as I discussed in an earlier post. So if you’re engaged and are more interested in creating lifelong memories than you are in acquiring more stuff, I can’t recommend it enough.

A Wedding and a Greek Game Changer

With the support of my (now) hubby, I managed to pull through some of the most challenging months of my life until I finally married him on August 19, a celebration nine years in the making.

After that, I reached my “Land of Oz” (or whatever the Greek equivalent would be). At that point, my whole life shifted.

After living the good life in Mykonos and experiencing the sweet seduction that is Santorini, I knew it was finally time to stop fantasizing about a life of travel and actually go live it. Although I still have a long ways to go, I believe I made some pretty big strides in 2017.

As if on schedule, the honeymoon high all came crashing down when we arrived back at JFK after the trip. As we were hassled by security and met by humid, sticky weather, I realized I “wasn’t in Kansas” anymore…

Returning to work was another matter. Although I had already started to dread it on the flight home, I had no idea what I was walking into…

On my first day back after about twenty days away, I was informed that my position was being replaced. Without getting into all the juicy details (none of which had to do with my excellent job performance), they knew I wanted out and that the job was no longer serving me. It all felt strangely fate-like, actually…

One week later, we parted ways on the most amicable of terms and with a promise of an excellent recommendation. A recommendation, I am happy to say, I have not yet needed, since, for the first time in my life, I decided I was finally going to work for myself.

The Carry-On Chronicles Is Born

I realize it sounds pretentious to refer to the start of my blog as a birth, but I truly feel like I was reborn through its creation. I see it as a representation of a new me, or, at the very least, a me that was already there but was hiding behind weekends and vacation days.

In any case, it was something I had been meaning to do for awhile, but I was too busy making excuses, playing it safe, and filling my time working for someone else.

But after losing my position and gaining creative freedom, I realized that playing it safe and getting comfortable can spell death for your career.

I began working on The Carry-On Chronicles one week after my desk job ended. Less than a month later, I became a published writer.

The funny thing about starting a blog is that you can kill yourself pumping out content and obsessing over every word, but none of it matters if no one is there to see it.

That’s when I learned about the importance of guest blogging…

I was incredibly fortunate to get my first guest blogging opportunity with The Vacation Times less than a month after starting my own site. Much to my surprise, I found writing for an established site to be strangely addictive, particularly in terms of getting actual feedback from an audience other than friends and family.

So I did it again.

…And now I officially freelance for them.

And although I hated the perceived “flakiness” of IG at first and had zero idea of what I was doing, I attended a webinar, read a bajillion articles on how to grow, and slowly started to figure it all out. I actually hope to use my knowledge to one day teach a course of my own, so stay tuned for that!

But the absolute best part about IG has been the awesome bloggers and travel enthusiasts I’ve met along the way. After three months of plugging away, I’m happy to say I’ve hit my New Year’s Goal of 1,000 followers!

Since starting my blog, a lot of people have been asking me the dreaded question:

I’ve been wrestling with this one since I started this blog, and although I’m not planning to do full-time travel anytime soon, I definitely want to see as much of the world as I can while still maintaining my mortgage and the comforts that home affords.

Although I’d happily go anywhere, anywhere has to start somewhere, and since I’ve already fallen madly in love with Greece, I’ve decided to continue exploring more of the Mediterranean…

I’ll be heading to Madrid and Barcelona in March, and I couldn’t be more excited. This will be my first “all-girls adventure,” as I’ll be traveling with my amazing jet-setting aunt!

While I do have some other travel plans in the works for the new year, I’m afraid you’ll just have to stay tuned until those are official…

As for now, it’s time to get to some Spanish planning! Here’s to exciting new adventures in 2018!