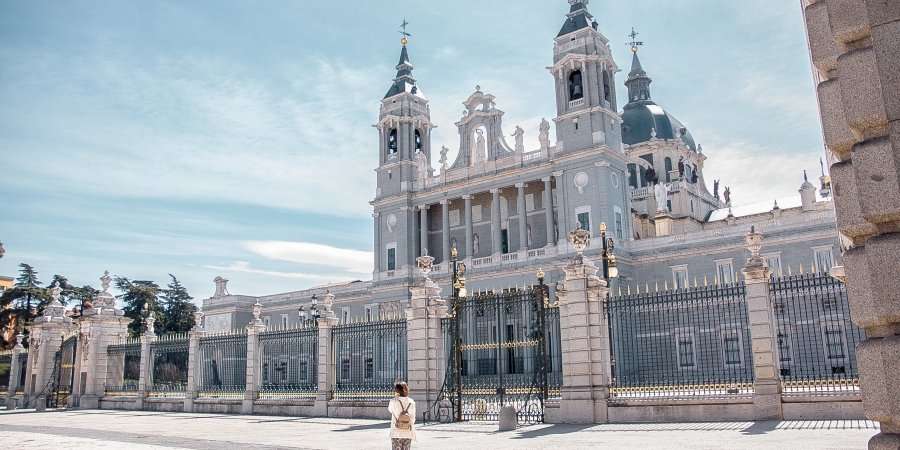 Madrid was such an unexpected treat.

Initially, my plan to visit Spain’s famous capital was born out of the desire to squeeze more content opportunities out of a brief international trip. Like a squirrel hoarding nuts, I worried that my next chance to travel internationally wouldn’t be for many months, and I wanted to stockpile a sizable collection of content to get me through the dry spell.

So, with the help of my aunt, I crafted a moderately ambitious 8-day itinerary consisting of Madrid, Barcelona, and the star of the show – a day trip to Montserrat. I only allotted two days to Madrid (half day + full day + half day) thinking the bite-sized portion would be enough to satisfy my appetite.

But as the train pulled out of the station on the final day, I felt an unexpected pang of sadness to be leaving.  I had grossly underestimated just how incredible this city would be.

Oddly enough, my instincts were similarly off about Barcelona, but in the completely opposite way. I had put nearly all of our eggs – about five day’s worth – into the Barcelona basket only to find that it wasn’t the authentic Spanish experience that I found Madrid to be.

So for those of you who also have limited time to enjoy beautiful Madrid, here are some activity suggestions to help you make the most of your brief stay. While this is in no way intended to be a comprehensive guide of everything the city has to offer, these are the highlights that left me wanting more.

Visiting Madrid and not trying the tapas would be like visiting NYC and passing on the pizza. It’s kind of a no-brainer. So for those who are on the fence about these delectable dishes, now’s the time for me to change your mind.

I’ll be honest – I went into this whole tapas experience thinking they would be something akin to bite-size tacos. This had been my (ignorant) American experience up until that point, so I really had no accurate basis for comparison.

But the tapas in Spain can serve as a legit meal by themselves, and one that won’t leave you feeling hungry an hour later. To give you a better sense of the sheer size of Madrid’s tapas, check out this photo gem of my first delicious experience.

My aunt and I actually had trouble finishing these between the two of us. But trust me when I say, it was a tasty problem to have. A tasty, tasty problem.

Unfortunately, the name of this cute place completely escapes me, but trust me when I say, you’d be hard-pressed to find a restaurant that doesn’t serve tapas in Madrid!

Visiting the Royal Palace was one of the highlights of the trip, in particular the Almudena Cathedral.

Fun fact/embarrassing confession: I first thought that the Almudena Cathedral was the Royal Palace – and then I learned that there was much more to see!

The Royal Palace was once home to the Kings of Spain from Charles III to Alfonso XIII. Although it no longer houses the royal family, it still remains their official residence. You can read more about the rich history of this famous site here.

Although I did a guided tour of the palace, the interior didn’t capture my attention the way the exterior did. If you decide to skip the tour, just imagine a giant palace with ornately decorated rooms that seem to outdo each other in magnitude as you walk through. Don’t get me wrong, it was definitely interesting to see, but I much preferred admiring it from the outside!

I realize that telling you to check out the Plaza Mayor is about as cliché as suggesting a visit to Rome’s Trevi Fountain, but it should absolutely earn a place on every Madrid itinerary. Once a popular stage for bullfights until 1878, the plaza is now home to the city’s main tourist office and a festive Christmas market in December.

Do your best to visit in the early morning if possible, as it becomes quite crowded in the afternoon – much like what I’ve heard about the Roman hotspot.

Personally, I regret not stealing away for a morning shoot here.

I did attempt to get some decent photos in the afternoon, but that was about as effective as nailing a crowd-less shoot in Times Square. Unless you know your way around herds of people – and Photoshop – it’s probably not worth trying.

I learned my lesson once I took out my camera and a man dressed as a knight struck a pose, thinking I wanted his photo. Out of sheer politeness, I snapped one and then regretted it as soon as I did. Not a moment after my finger left the shutter, his hand went out for money and he actually became rather impatient when I fumbled through some lame excuse that I didn’t have any. I won’t make that mistake again!

Tourist trap concerns aside, walking around the plaza is truly like stepping back in time. Once you’re inside its four walls, it’s like you’re somehow removed from the rest of the city. There are a bunch of cute cafes and restaurants that line the square so visitors can enjoy a bite while feeling transported back to 1617, when construction began.

Madrid certainly doesn’t have a shortage of museums, so if you’re into the art scene, you owe it to yourself to visit at least one during your stay. I can personally attest only to The Prado Museum.

I actually took advantage of the free admission that they offer – and you should too if you’re in the area in the evening! This is available on Monday-Saturday from 6-8 PM and Sundays from 5-7 PM. Can’t beat free!

As for getting there, the Metro is the most cost-effective option, but not necessarily the easiest for first-timers. I learned the hard way that selecting the “English” option on the ticket machine means that you’ll get an opening screen in English before it takes you through several prompt screens all in Spanish…

Luckily, there was a sweet bilingual woman who was able to help me and my aunt out, but she actually spoke French and English, which made things that much more interesting!

My suggestion would be to check out the schedule ahead of time so you’re not as blindsided as we were.

I really wish I had more time in this beautiful and historic city, but for now, this was the extent of activities I was able to pack into a short stay.

Have you ever visited Madrid? What were some of  your favorite activities? Let me know in the comments below!

Planning a trip there soon? Pin this to your boards and save it for later!