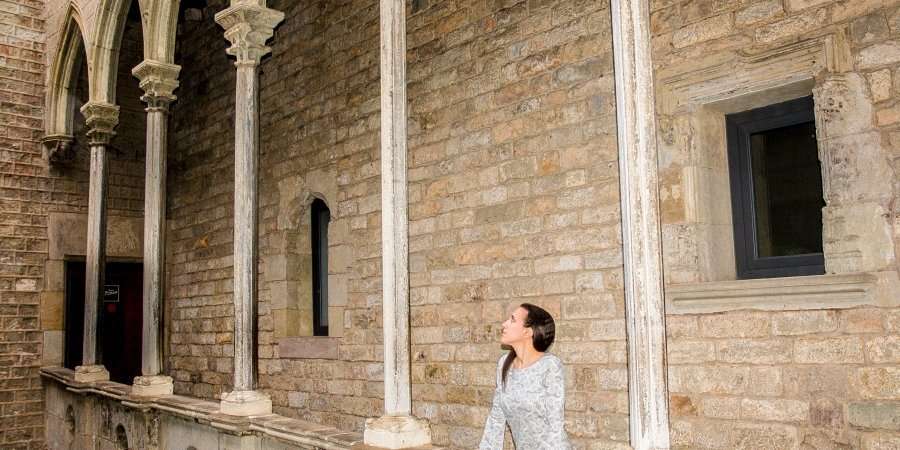 Barcelona was not what I was expecting. Honestly, it wasn’t even close.

That’s not to say I didn’t like it, in fact, I actually believe it has a lot to offer. But in terms of overall atmosphere and pace, I couldn’t have been more off the mark.

My first clue that something was amiss arrived during the airport transfer to Madrid. The driver, in an attempt to make casual conversation in broken English, asked if my aunt and I would be visiting anywhere else in Spain besides Madrid.

Let’s just say if this was pass/fail, I would have landed a big, fat “F” for that one.

The driver scoffed and retorted: “That’s not Spain!”

I didn’t get what he meant at the time, but once I arrived there it all started making sense. Turns out, I definitely think he was onto something…

I, perhaps ignorantly, arrived in Barcelona expecting to delve into more Spanish culture, kind of a Madrid Part II. I couldn’t have been more off the mark.

While I do think the city has a lot to offer in terms of architecture, I frankly wasn’t a huge fan of it as a whole.

That said, if you wander the streets for precisely a minute, you’ll find every type of cuisine you could ever want – Italian, Moroccan, Irish, Mexican, you name it. So there was definitely no shortage of options there.

Not to mention, finding English speakers was no big thing. Almost everyone I met spoke it (or could direct me to someone who did).

If you’ve followed this blog for any length of time, then you’ll know that I’m one to tout the merits of off-season travel. So little did I know that booking a trip in March – typically not high tourist season – would make little difference in terms of avoiding the crowds.

I soon discovered that once nine in the morning hits, all bets are off, so be warned if you’re planning on hitting any of the major tourist attractions like La Sagrada Família.

Then again, I suppose it’s not terribly shocking, considering what a popular city Barcelona has become, but I was in no way prepared for the level of crowds we experienced in March, when it barely exceeded 55 degrees.

3. The Streets Were (Not) Made for Walkin’

That brings us to the streets. If you’re accustomed to cities that are organized like grids, you’re going to have a tough go of it in Barcelona.

I will preface this section by saying that I’ve never been blessed with an internal GPS. That being said, I found this city particularly difficult to navigate, as in, way more than usual. And I wasn’t the only one.

My aunt and I got lost each and every time we tried returning to our hotel room from practically anywhere else in the city. I don’t know if it was the fact that the streets were bizarrely multi-sided or that the numbers never seemed to be going in a consistent order.

Perhaps it was the fact that our driver came late to pick us up for Montserrat, due to getting lost on the “eight-sided streets,” as he called them. Did I mention he’s from Barcelona? That should paint you a pretty good picture.

Although I want to say that maps are your best friend in this city, honestly, even with those we struggled. Realistically, you want to always allow about twenty extra minutes to get wherever you’re going, specifically if you have a reservation or tour at a specific time. This will allow you cushion time to go in circles and feel your way around without panicking about missing something.

If you’re a big beach person and are planning to visit Barceloneta Beach, I need to rain on your parade for just a moment:

Frankly, I still enjoyed it, and the fact that it’s not a “real beach” didn’t make much of a difference for me personally. But I feel it’s my duty to tell you this so there’s no disappointments down the line.

Honestly, the fact that it’s manmade should probably be the least of your concerns if you visit. What you should be worried about is the sales harassment you’ll endure while sitting on it trying to relax.

The entire time my aunt and I sat there – about two hours – vendors paced back and forth shouting and hocking their wares.

One guy got his hooks in early on. He was so insanely aggressive about selling me a blanket that he essentially tucked me into the sand in it. No, I’m not joking. He draped the blanket over me and tucked it around me in a desperate attempt to sell me on it.

While the tactic didn’t work on me, suffice it to say, my aunt did end up with one.

This was not all.

I also received a free massage, totally unprompted. When I told the lady who was offering them that I wasn’t interested, she thought that would be an appropriate time to lift up my pant legs and start rubbing away.

Although it was certainly invasive, I technically did enjoy about one minute of free rubbing. Then again, if you don’t like people touching you, this is definitely something to be on the lookout for.

This all aside, I did my best to make the most of my time on the beach, and honestly, it was actually a welcome ending to the chaotic days of running around the city.

Just know that even the beach is a tourist trap.

For those of you who have read my previous post on the dual personalities of La Sagrada Família, you already know where I stand on it.

If you haven’t, please be warned that this incredible beast of the architecture world takes on a different form at night. I’m talking a full-fledged looming-over-the-city-and-haunting-your-dreams kind of form. Then again, if you’re into that sort of thing, I suggest taking a walk there at night just to view it in all its nightmare-inducing glory.

However, I will say that it’s definitely easier on the eyes during the day, and the inside is true artistic mastery at its finest.

For more on this, I highly suggest checking out my aforementioned post to get the full scope on its incredible dual personalities.

Other than that, make the most of your trip by planning your must-see attractions in advance, as tourists will find their way here regardless of the season. That, and definitely allow yourself time to get lost (because chances are you will).

While I didn’t address my favorite aspects of Barcelona in this post, I will end on a good note by saying that I loved visiting the Gothic Quarter and Las Ramblas. These are arguably the finest areas of the city with some incredible medieval architecture, one of the largest farmer’s markets in Europe, and all around great vibes.

Now that I’ve shared my true thoughts on this incredibly famous city, I’d love to hear yours! If you’ve been, did you find any of the oddities I mentioned to be true? If you haven’t yet visited, have I changed your perception? Let me know in the comments below!

And don’t forget to pin this to your boards and save for later!